A PROMISE TO LIVE FOR 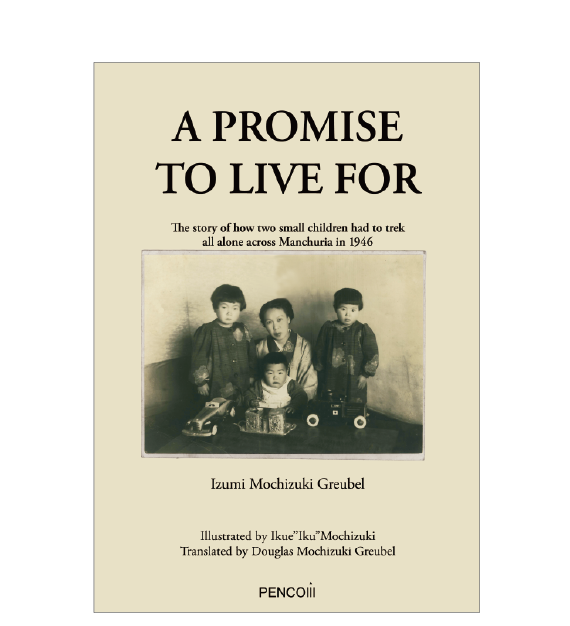 A PROMISE TO LIVE FOR
~The story of how two small children had to trek all alone across Manchuria in 1946~
Originally published in Japanese in 2016, this English version is now available to spread Iku's inspiring story across the world.


One year after World War II ended, in 1946, two young Japanese children, a sister and her brother, somehow defied the odds and survived a month long dangerous journey from the former Japanese colony of Manchuria in northeast China to their hometown in Japan.

Iku was only 10 years old. She and her 6-yr. old brother traveled 340 miles on land, mostly on foot, day and night, with little food, clothing, or money while holding each other's hands. What kept them going every day? It was the promise that they made to their mother— “Never let go of each other's hand and safely return to Japan to be reunited with everyone." They simply wanted to see Mommy again.

This is a true story of war, not of who's on the right side and who's on the wrong side, or who was crueler than the other, but how war impacts people everywhere, including innocent children, like Iku and her siblings. Most importantly, this book demonstrates how love, courage and determination can see us through the most difficult times.

70 years after the end of World War II, Iku finally decided to let her daughter, Izumi, tell her story to the whole world, hoping her ordeal will play a small part in contributing to world peace. All the illustrations in this book are done by Iku herself.
¥1,100